Warehouses and even production are resisting to coronavirus - construction is not slowing down, vacancy is declining

The market of industrial premises in the Czech Republic is resisting the wave of coronavirus. It could even be said that the two waves that are being examined by other commercial real estate sectors make warehouses stronger and more resilient. This is evidenced by almost all indicators used. The international consulting company BNP Paribas Real Estate names trends in the Q3 results that will characterize this sector in the coming months as well.

Despite the year-on-year decrease in the volume of concluded leases, the vacancy rate fell quarter-on-quarter to the current 5% in the period under review. By the end of September, the developers had completed over 500,000 m2 of new warehouse space. And only a slightly lower volume of industrial real estate is currently under construction. A new trend is the revival of once neglected regions - the growing activity of developers is evident especially in the Moravian-Silesian, and partly also the Ústí nad Labem region.

The growth of e-commerce continues to be the dominant factor in the new demand for warehouse space. It comes both directly from e-shop operators and through logistics operators who distribute shipments. So far, manufacturing companies have also had a significant share in the volume of leases concluded.

At the same time, it is not true that tenants from the field of e-commerce focus mainly on Prague. Surprisingly, the Pilsen Region has held the highest, 36% share in concluded lease transactions since the beginning of the year. Specifically, it is 154,200 m2 of newly occupied industrial space. There are currently five projects under construction with a total area of ​​over 120,600 m2, the largest of which is located in CTPark Bor (90,300 m2). 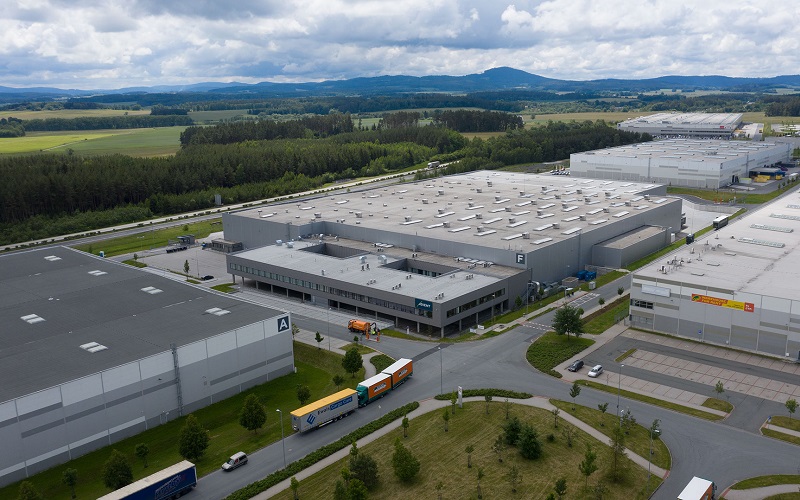 The construction of warehouses and production facilities continues to maintain a high growth rate. Speculative development, or construction without pre-leases, was 35% in the third quarter. However, it focuses exclusively on the most attractive locations around Prague, Pilsen or Brno.

"In the regions, investors focus on securing land and preparing projects for the zoning or building permit stage. Implementation begins only after their future user is contractually secured," adds Dušan Drábek, Head of Industrial and Logistics Leasing at BNP Paribas Real Estate.

According to him, this is a logical strategy of developers, correcting a larger volume of free space, and the associated possible pressure on the price, as well as minimizing their business risks.

Also, thanks to the prudence of developers, the rent of industrial premises does not show any major fluctuations. Which applies to the whole Czech Republic. The highest achieved rent in the 3rd quarter ranged between 3.50 and 4.90 EUR per m2 per month.

A significant shift in the market is the growing supply of warehouse space in the Moravian-Silesian region. There are currently five projects under construction and two more will be launched in the coming months. By the end of 2021, over 260,000 m2 of new industrial premises in the Moravian-Silesian Region are to be completed, which is the most of all regions.

The interest of tenants and the motivation of developers is evident, for example, in the CTP company. After the success of CTPark in Ostrava-Hrabová, in whose area of ​​90 hectares there are 75 companies, it is developing another area of ​​CTPark Ostrava Poruba. In total, this area will offer less than 100,000 m2 of space for logistics and production. Other developers are also planning their projects here, such as P3, Concens, GLP or Contera.

"Even in this region, the influence of e-commerce is evident as a dominant factor in the demand for new warehouse space, followed by automotive and engineering production," concludes Dušan Drábek.