The new Rhenus Logistics transhipment depot in Chrášťany near Prague serves as a warehouse as well as a cross-dock for the B2B and B2C segments. The ideal location near the airport and the main communication routes in the immediate vicinity of Prague, a well-thought-out project and completed technological preparation for electromobility characterize a modern distribution center built by the CTP developer Rhenus.

It was from Nučice that Rhenus decided to move its cross-dock and warehouse center to a new hall in CTPark Prague West in Chrášťany. The local location, about 10 minutes by car from Václav Havel Airport, has a direct connection to the Prague ring road and the D5 motorway, the D6 motorway can be reached in almost a moment.

Preparing for the electric era

The newly leased building meets demanding environmental standards (BREEAM), has an area of ​​13,000 square meters, half of which represents the warehouse and half serves as a cross-dock. The sister company Rhenus Home Delivery operates at 2,000 meters, specializing mainly in the delivery of goods to private consumers in above-standard and comfortable services, such as the removal of large and bulky furniture or large white goods through two-member crews directly to the apartment or delivery, and installation of high-tech products. 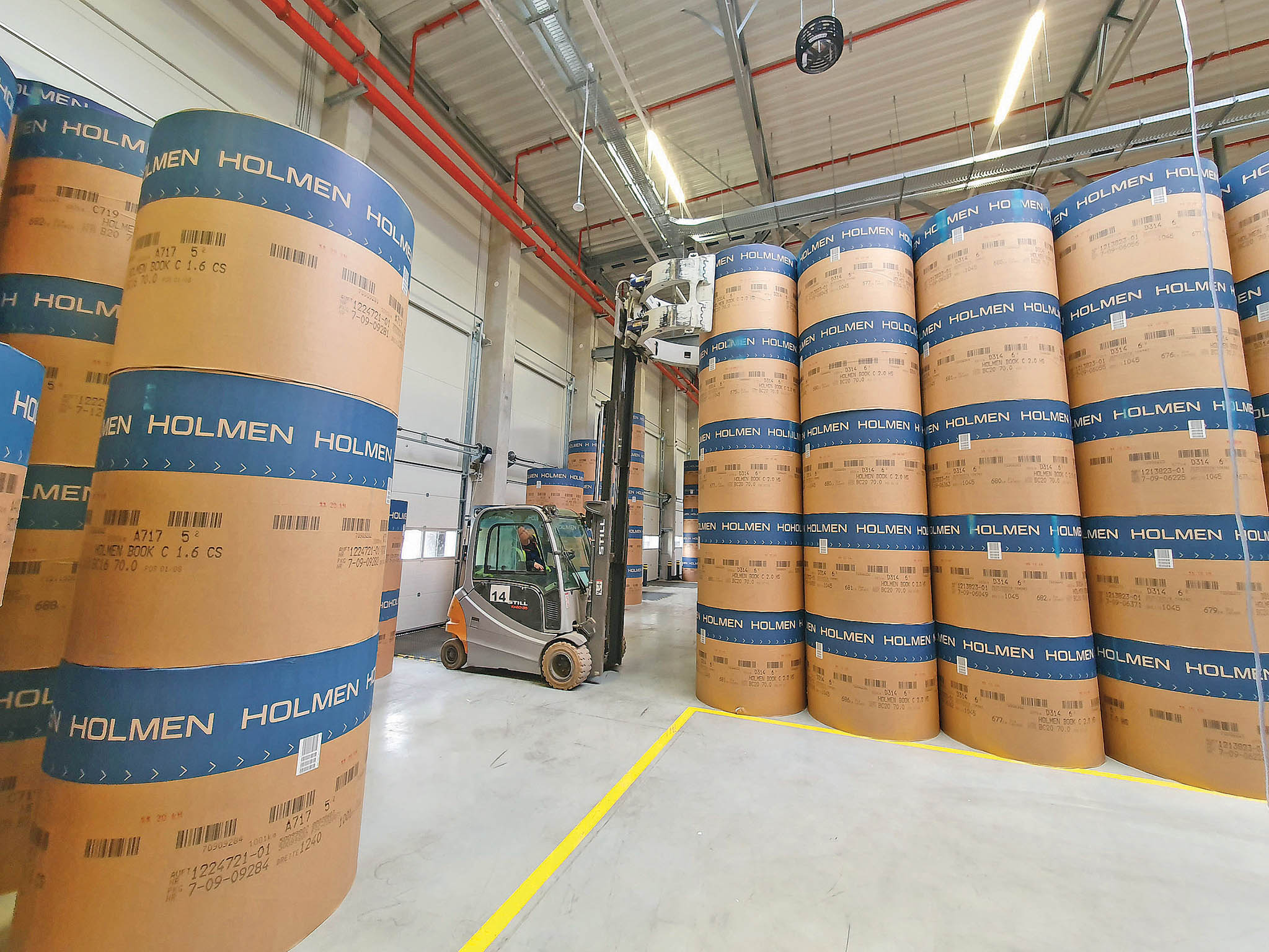 At present, Rhenus does not yet use electric trucks in the Czech Republic. The Chrášťany complex already has the necessary infrastructure and sufficient power input for their operation. "In the future, we expect the use of electric cars, at least for local distribution. Due to limited travel, the delivery point should be as close as possible. Losing several tens of kilometers at level crossings would be a major blow to the efficiency of the operation, "says Aleš Novák, head of sales working for Rhenus since 2013, who accompanied me through the building just before its commissioning.

An area where the columns do not interfere

However, Rhenus stores and transports not only furniture or consumer electronics, but especially automotive components, paper and fast-moving goods.

The hall has dozens of ramps, at one point 60 trucks can load and unload goods at the same time. This capacity of Rhenus will enable further growth in collection, cross-dock and comprehensive services within 3PL.

For efficient operation of the cross-dock center without the necessary externalities, it is necessary to ensure sufficient parking areas for trucks. "During the design of the complex, emphasis was placed not only on the efficiency of operation inside, but also outside the building. External parking and handling areas are designed for the future growth of the company. The cross-dock hall has about ten times more ramps in relation to the building area than conventional warehouses. This will ensure fast loading and unloading of goods without unnecessary delays, "says Aleš Novák.

Cross-dock part of the hall - the unique construction is free of columns.

The developer built the Rhenus hall exactly to measure. Its cross-dock part is completely without columns, which facilitates the handling of goods and benefits not only the efficiency but also the safety of the processes taking place in the building. The warehouse is directly connected to the cross-dock. "Thanks to the connection of the warehouse with the cross-dock hall, the shipped goods enter directly into the transport network. Thanks to the minimization of transhipments, we increase the efficiency of operation and reduce the probability of damage, ”adds Aleš Novák.

Rhenus has prepared a safe zone for truck drivers, where they have sanitary facilities and refreshments at their disposal.

The construction of a new cross-docking center is further proof of the company's focus on collection services. At present, Rhenus operates daily flights to all surrounding countries and regular departures, especially to Spain, Italy, Great Britain, the Baltics and other destinations.

Society with springs on the Rhine

Rhenus was formed 110 years ago by the merger of two shipping companies (Badische Actiengesellschaft für Rheinschiffahrt und Seetransport and Rheinschiffahrts Actiengesellschaft), which originally operated mainly on the Rhine, whose Latin name the founders also chose as the name of the newly formed company. In addition to its headquarters in Frankfurt am Main, it has expanded to include other branches in Antwerp, Mainz, Mannheim and Rotterdam during the first few years of its existence.

The result of further rapid development is the global logistics giant providing comprehensive services with an annual turnover of over seven billion euros, which employs 37,500 people in 970 branches around the world. It belongs to the Rethmann Group, together with two other entities - Remondis (waste treatment and recycling; alternative fuels).